The 2019 AACSB Deans Conference, covered critical topics in preparing for, adapting to and leading change in Business Schools. “Unlearn and Reinvent” was the key idea of embracing new ways of thinking, in order to either “Positively Disrupt” or “Be Disrupted”. On top of the excellent conference content, it was an exceptional opportunity to network with more than 700 business schools’ deans from over 50 countries, and learn from each other.

A variety of topics were tackled, from “Managing Up and Across”, to “Reinventing the Role of the Deanship” or the “Desperate Need for Open Thinking” by deans and guest speakers from the academic and the business world.

For this edition, the General Director of Groupe ISCAE, Nada Biaz was invited as a guest speaker to co-present the session on “Exploring Alternative Business Models”, with Robert Helsley, Dean of Sauder School of Business / University of British Columbia. They both shared specific examples from their own institutional models in the financing and operations of the school and the programs. This opened up for further discussion among other deans in order to learn about the specificities and differences between the North American, North African and other experiences from all over the regions of the world.

This discussion also highlighted the common challenges for public institutions, in particular, and the adversity of accessing different sources of funding; when tuition fees are insignificant or non-existent. Except for some countries like the United States, where donations are common, even though tuition fees are generally freely-applied, or Scandinavian countries where the state budgets dedicated to higher education are significant, the financing issue remains the biggest constraint for management. The reflection is moving more and more towards the search for creative models, in line with the opportunities offered by the post-digital era.

In her presentation, Nada Biaz, started by explaining the national context in which ISCAE was initially created, as well as the mission that was assigned to it, in 1971, as the first business school in Morocco. It was not only expected to accompany the economic transition of the country by training a new generation of leaders, but also, to be a place of intellectual debate and openness. As a public business school with limited access, it has always been a place of diversity and inclusion. No matter what the social background, geographic origin or gender, ISCAE attracts talents and provides the appropriate environment to nurture future responsible managers and actors of change. This is why ISCAE is relatively small in number, but with big impact.

Because ISCAE is meant to have an academic, economic, social and cultural impact, its business model is obviously dictated by its status and mission. Initial education being free of tuition, executive education is currently the only way of balancing between limited state subsidies and growing development needs, especially with the strategy of international positioning. All investments expenses being financed by own incomes, ISCAE will have to explore new ways of fundraising and creative sources of revenue. At the eve of its 50 th anniversary, ISCAE is definitely at the turning point where it can count on the contribution of its most valuable asset: its human capital; but also on the involvement of its partners and the other actors of the ecosystem. 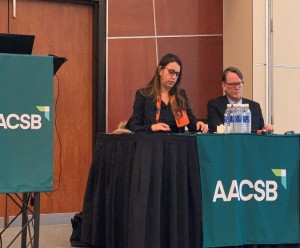 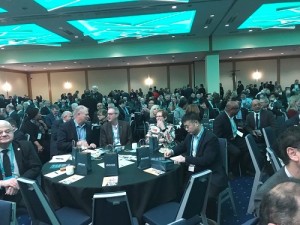