In an interaction-based approach, that privileges the spirit of sharing and substantive exchange, Mr. Ahmed Réda Chami, President of the Economic, Social and Environmental Council (CESE), has led a conference on the highly topical subject “What new model of development for Morocco? “, Thursday, March 27, 2019, at ISCAE-Casablanca.

Mr. Ahmed Réda Chami was appointed by His Majesty King Mohammed VI last December as President of the Economic, Social and Environmental Council (CESE). Mr. Chami is an engineer from the Ecole Centrale de Paris in 1985, and holds an MBA from UCLA in 1989. He held several senior diplomatic and political positions, Minister of Industry, Trade and New Technologies from 2007 to 2011 and Ambassador of the Kingdom of Morocco to the European Union in Brussels from 2016 to his recent appointment as President of the CESE.

For the record, the Economic, Social and Environmental Council is a multi-disciplinary constitutional institution with consultative missions at the government and the parliament, including the general guidelines of the national economy and sustainable development, the various economic, social, and environmental issues, or the analysis of the economic situation and the monitoring of the national, regional, and international economic and social policies impacts. The 105 members who sit on the board represent different stakeholders of the civil society (labor unions, employers, NGOs), experts appointed by His Majesty the King, and institutional investors; which favor the emergence of a collective intelligence in a participative approach.

On the special topic on the agenda, “What new development model for Morocco? ” The intervention of Mr Ahmed Chami has challenged students on their opinions and perceptions of the achievements of Morocco over the past twenty years and the levers of a new development model. Indeed, Moroccan youth, which must be seen as a blessing and not as a constraint, has the important mission of contributing to the transformation of its country, integrating external developments as well as those experienced internally. At the external level, profound changes are emerging with the rise of protectionism, the impact of climate change and the opportunities and risks related to a digital revolution, in the era of artificial intelligence and the Blockchain. Internally, the Gap between the pace of economic and social performance, and the increasingly high and pressing expectations, questions the effectiveness of the Moroccan education system.

Royal guidelines and official speeches thus place great importance on the issues of employment, education and vocational training as prerequisites for improving the living conditions of citizens in general and young people in particular. These issues, in close connection with the development of immaterial capital, are at the heart of the current concerns.

In other words, the question of a new model of development for our country is a challenge for all of us, yet it is a particularly a call of the institutions of education, training and higher education.

Indeed, the speech of His Majesty King Mohammed VI, delivered in Parliament on the occasion of the opening of the legislative year in October 2018, laid the foundations of a roadmap for a new model of development in the country.

His Majesty also insisted in his speech of August 20, 2018, on the need to place youth issues at the heart of the new model of development.

In his speech, Mr. Chami has introduced some key concepts. “Development Model” refers to the strategic choices defined by a government, materialized through public policies. When we talk about development, it must also be balanced and should integrate economic, social and environmental aspects. It is a long-term inclusive and participatory project. The term “New” refers to the idea of disruption, efficiency taking into account the imperatives of growth and social equality, as well as global dynamics, with a certain resilience compared to transformations that go beyond the decision makers. However, advocating innovation does not mean neglecting what precedes, since there are strengths on which it is possible to capitalize, while recognizing the limitations of the model adopted so far.

Thus, the speaker pointed out the paradoxes of the current situation, notably with higher investments but slower economic growth and a high unemployment rate, an improving average income per capita yet rising inequalities, or a young democracy characterized by a lack of trust in the intermediary representative bodies. Hence the need for a new model to which all Moroccans should adhere. Thus, the CESE proposes to adopt a citizen consultation approach alongside the expertise of professionals, on themes that could be the raw material for laying the foundations for a new development model. This also involves studies carried out by the CESE, using relevant concepts and indicators, as well as current paradigms such as Industry 4.0, the blue economy, the green economy, business creation and regionalization.

Besides, the emerging ideas concurs the reflection on a new model of development, around the following axes:

– An economic growth based on the densification of the production structures and the SMEs, as well as integration into global value chains;

-The development of immaterial capital, through pedagogical innovation, learner empowerment and lifelong learning;

-A promotion of the women participation in the economy;

-A tailored development of territories, according to their specificities and assets;

-The inclusion of sustainable development imperatives related to climate change.

All these concepts would be feasible, only and only if, through an improved governance system, via responsibility, transparency and accountability.

Finally, one of the highlights of this meeting was the online questionnaire, treated immediately and the shared results that confirmed the importance of the discussed axes of development. 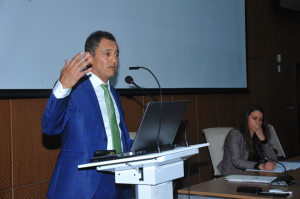 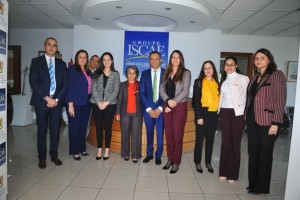 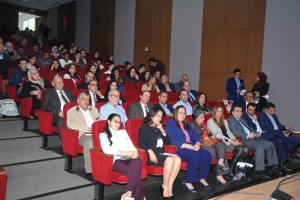