The Altman Z score model after 50 years: What have we learned, and Where are we in the Credit Cycle? Is there a global debt bubble building?

This conference was co-organized by the Financial Research Centre, Department of Finance, Corvinus Business School, Corvinus University of Budapest and the Game Theory Research Group, Centre for Economic and Regional Studies, Hungarian Academy of Sciences.

At this conference Pr. Haj Khlifa Selma presented a paper entitled “Banking Regulations and role of the State in the Economic Growth”

Hereafter the abstract of her intervention:

This paper aims to discuss the economic impact of the Internal Ratings-Based reforms (Basel III) on financial economic growth. The easing of the Basel Committee’s definition of liquidity coverage ratio is not only good news for banks, it is, more generally, a relief for all companies. Signed in 2010 and gradually phased in from 2015, the Basel III agreements introduced new solvency and liquidity ratios for banks. Under the Basel guidelines, the Basel II and Basel III Regulatory Framework require regulators to ensure that banks implement compliant credit risk rating approaches that represent their internal risk profile.

Following the financial crisis of 2007, the main question remains unanswered: is the internal ratings-based “IRB” approach the solution or the cause of the problem? In fact, the problem of access to financing called for the study of criteria that may influence the granting of bank loans, knowing that these businesses depend heavily on them. Despite their vital role in the economy, the companies still struggle to obtain bank financing.

instituted a so-called “Cooke” ratio which required a level of equity capital from banks above 8% of total weighted assets. In 2005, this ratio was replaced by a new “Basel II” accord that offers a more complete coverage of banking risks and refines the methods for calculating regulatory capital. Starting from 2010, the Basel Committee introduced a new reform “Basel III”, in response to the financial crisis, which calls for a strengthening of the level and quality of banks’ capital.

In this regard, several impact studies of internal ratings-based approaches ‘IRB’ on the European banking sector have been established and all point to a substantial increase in banks’ regulatory capital. According to a study published by McKinsey & Company (2010) 1, European banks are expected to mobilize nearly 700 billion euros to comply with the single standard established by the capital adequacy ratio (Core Tier 1 and Tier 1) of which € 200 billion concerns the top 16 European banking groups. In 2011, the Institute of International Finance, representing the global financial industry, estimates the cost of switching to Basel III reform at about $ 13 trillion.

To remove financing obstacles in order to have an access to bank loans, business support procedures should be launched that will allow banks to free up some of regulatory capital they could employ to reuse it for a new loan. In the long run, as demand grows, strengthening risk-weighted capital levels is likely to slow the economic recovery.

As part of the reform process, the implementation of internal rating approaches “IRB” under Basel III will result in a significant increase in banks’ capital requirements which will have an impact on the credit distribution to non-financial institutions, and on economic growth.

Empirically, our contribution will cover the long-term implications of the guarantee schemes granted by the state to support the financial sector. It will particularly assess the changes in institutional behavior that lead to the rationalization of the financial sector under the Basel III guidelines. 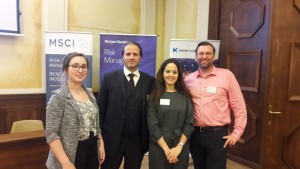 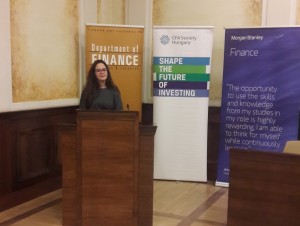